As part of System76’s Unleash Your Potential Program, AI researcher Robert Bunn has been using the Oryx Pro to develop artificial intelligence to predict and prevent preterm births. The Oryx Pro laptop has accelerated Robert’s work on the AI, which is set to become the first product of his new startup, Ultrasound AI. Read on for more details!

Give us an overview of your AI project.

About three years ago, I found out that preterm birth is the number one killer of children under five worldwide and the biggest problem in women’s health. It kills a million children every year, and costs America over $30 billion in preterm costs. I asked myself, can I do anything to help? Solve it in any way? And so, I spent about two-and-a-half years working to create an artificial intelligence solution.

There’s a lot of static in the images in ultrasound, so humans have difficulty seeing the image and understanding it through all that static, but an AI can learn to do what we can’t and see things that we can’t see. Most people wouldn’t even consider this possible. In fact, many doctors, when I told them I was going to do this, said it couldn’t be done. They look at ultrasounds all the time, and they said what you’re doing is not possible, don’t waste your time. But I guess I’m a bad listener…and after two-and-a-half years, it finally worked.

I needed to get this to the world, so I created a startup called Ultrasound AI. Now we are getting ready to apply for our breakthrough device designation with the FDA, which is basically any device that has life-saving implications that the FDA would have to fast-track. After that, we’ll apply for FDA marketing clearance so that doctors can use it. I should make it clear, we still need to get clearance from the FDA, and we still must work with early adopter doctors and hospitals for them to validate this in the real world. The current results are just from the large dataset that we started with. 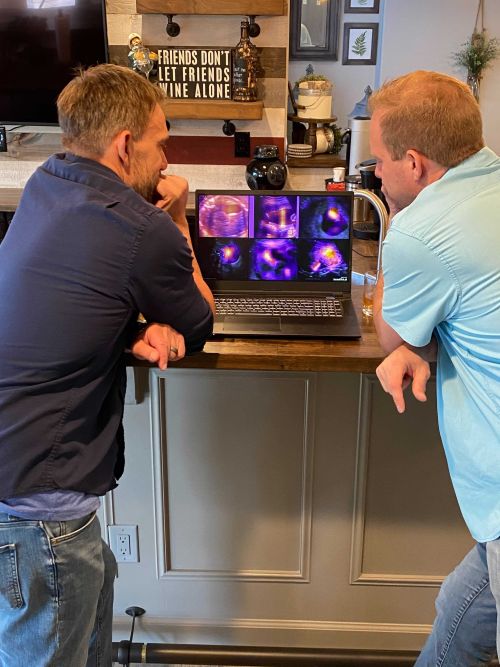 What indicators of a premature birth has your AI been trained to detect?

It’s well known in the obstetric community that the cervix is an indicator of preterm birth. It’s not that accurate of a predictor with the way it’s currently used, though.The AI is certainly much more accurate with that than these particular measurements. The uterus and the boundary between the placenta and the uterus are indicators as well.

Some discoveries are completely new to medical science, but I can’t reveal those until our patent is issued. In some cases, it can even predict when the doctor must induce a pregnancy because of a life-threatening condition to the mother.

Can you quantify its accuracy?

In many cases, you can do something to extend the pregnancy, so a baby stays in-utero longer. Say you’ve been told the baby will come about 40 days early, the accuracy on that is about plus or minus 6 days. A preterm birth is normally at least 21 days early, so even with that margin of error you’re still preterm either way.

There’s also the research this AI makes possible because it can identify the anatomical regions that are driving the problems, where right now that’s not really known. If doctors know exactly what areas are causing problems, they can sometimes try to improve these situations over time, since they were alerted six months ahead in some cases.

It also seems to be able to identify miscarriages before they occur, and perhaps that will help prevent those or at least allow more extensive research to be done. Right now, there are no visual indicators or evidence that a miscarriage might happen. There are some blood tests that can be done for preterm birth in general, but they’re expensive. So, it’s still early, but we believe this will open an enormous number of avenues for research. 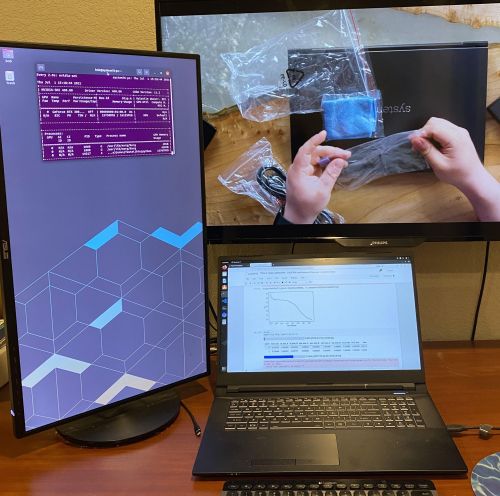 Where does the Oryx Pro come into play?

Typically, where I use the Oryx Pro is when I do a smaller experiment, and then I move it over to the big behemoth I built. I don’t want to burn out the GPU on my laptop with it running for days and days, which laptops aren’t really designed for, but it’s great because I can do experiments to see if I’m going in the right direction quickly. When I see that something’s productive, I can switch to the cloud or the desktop.

What software are you using? On what OS?

The AI platform we’re using is PyTorch for fundamental deep learning. I use something on top of PyTorch called fast.ai, which is a good platform that’s great for prototyping and testing ideas without writing a ton of boilerplate code. AWS also has a ton of resources for deep learning.

I use Ubuntu because I wanted to start with something I’m familiar with, but honestly, I’m thinking about switching to Pop!_OS. I’m always worried about using a new Linux operating system because if you ever want to do anything, you want to be able to search for problems. Pop!_OS obviously isn’t going to be as good a search word as Ubuntu, right? So, my problem might not appear, and I didn’t know how different it was going to be. But apparently, Pop! _OS is built on Ubuntu and is designed for the laptops you guys have. I like that it turns off the GPU when it’s not in use to save power, so I think it will be a lot more convenient to use on Pop!_OS.

How has your experience been with the computer overall?

It’s shockingly impressive. I think this is a really great computer. I can use it whenever I have some downtime. It’s helped me a lot because I can’t take my behemoth computer everywhere, and running that thing is expensive. So, with the Oryx Pro I can whittle down my experiments and make sure I’m only putting the most productive ones up on the cloud, so it’s cost efficient—though we’ve also had tremendous support from AWS and NVIDIA, as well as from you guys. Having the laptop has been a great enhancement of my productivity, and I think the project has accelerated quite quickly because of your support. 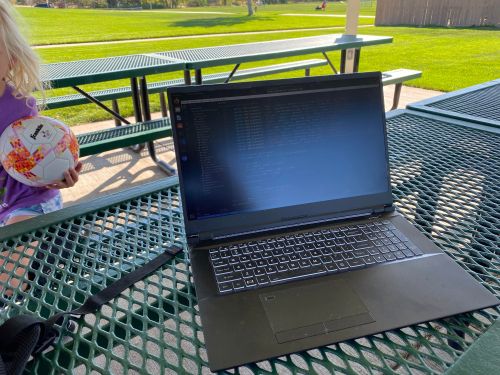 Usually with Linux, it’s a problem getting things to work because it’s not plug-and-play like Mac or Windows where everyone has drivers for literally everything. Drivers are unfortunately not as good in the Linux ecosystem. However, you guys have done a great job of making sure all the various parts that come with the computer, and all the things you might want to connect to the computer, work. It’s plug-and-play here too, and very close to the experience on Mac for ease of use. I can figure things out myself of course, but it’s been great not having to figure things out because that wastes a lot of time. So, a laptop with all that ready to go was just fabulous.

I’m also going to be working with some of the tech staff at System76 to get my external GPU working on the laptop so it can run at a higher performance for days without wearing out the laptop. Our plan is to get that working and hopefully write up some instructions for other people. I think these types of laptops are going to become more common among AI researchers now that they’re powerful enough to use for real-word artificial intelligence research.

You mentioned your goal is to end preterm births worldwide. How do you ensure your patented technology achieves high adoption?

I wasn’t in it for the money with building this AI, otherwise I would’ve quit a long time ago, as I mentioned my primary goal was to make a great scientific achievement with lasting impact on the world. It took a long time and a lot of effort to get this thing working. If our vision is to end preterm birth, then this must be available to everybody. Everybody must be able to have access to it, and it must be affordable.

Learn more about Robert’s project at preterm.ai. Stay tuned for more updates on Robert’s work and cool projects from our Unleash Your Potential Program winners!